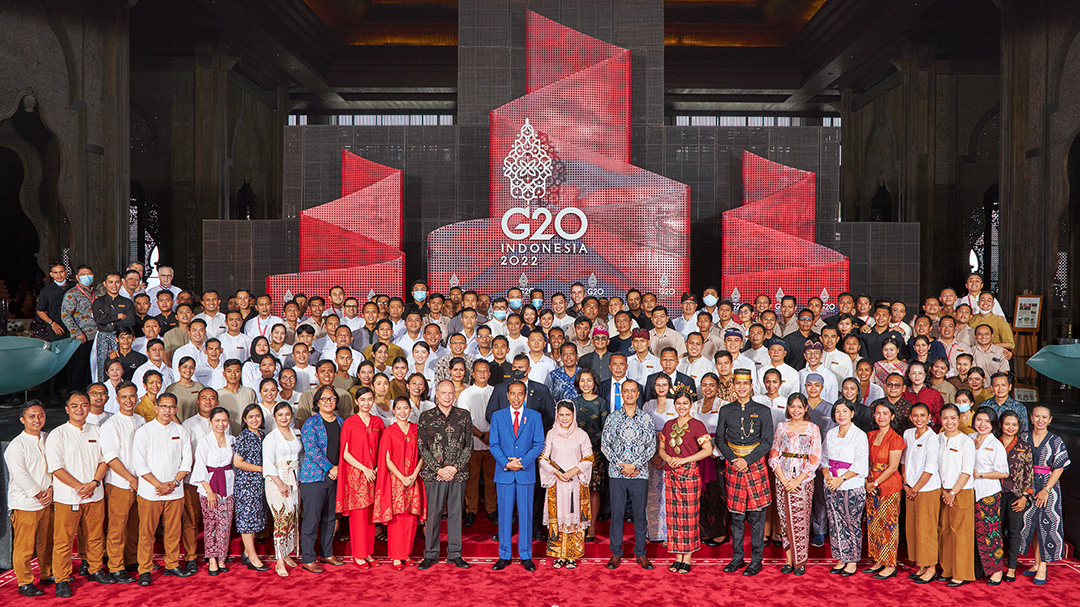 The Apurva Kempinski Impressed the Statesmen during G20 Summit

Being appointed as one of the main venues for a high-profile event such as G20 Summit is an honour in itself. And it’s double the honour to have impressed the 17 statesmen that attended the event including our own Indonesian President Joko Widodo (Jokowi).

The Apurva Kempinski opened its doors to guests since 2019. As we know, the following three years, especially for a hospitality business in Bali was a test of survival. Nonetheless, they aced it with flying colours because hosting some international VVIP events that the world had their eyes on is a test of its own. So, it meant a lot to the tireless team of the hotel when Jokowi praised the perfect execution and quality of service at the end of the summit.

A series of activities under the theme “Recover Together, Recover Stronger” were held at The Apurva Kempinski, followed by a luncheon at the specially built Bamboo Dome on the Ocean Front Lawn of the hotel. The Archipelago menu was under special direction of William Wongso, a culinary maestro of Indonesia. “Celebrating this country remains at the forefront of our everyday activities, and we look forward to supporting Indonesia by participating and supporting such events in the future,” says Vincent Guironnet, the general manager of The Apurva Kempinski Bali.